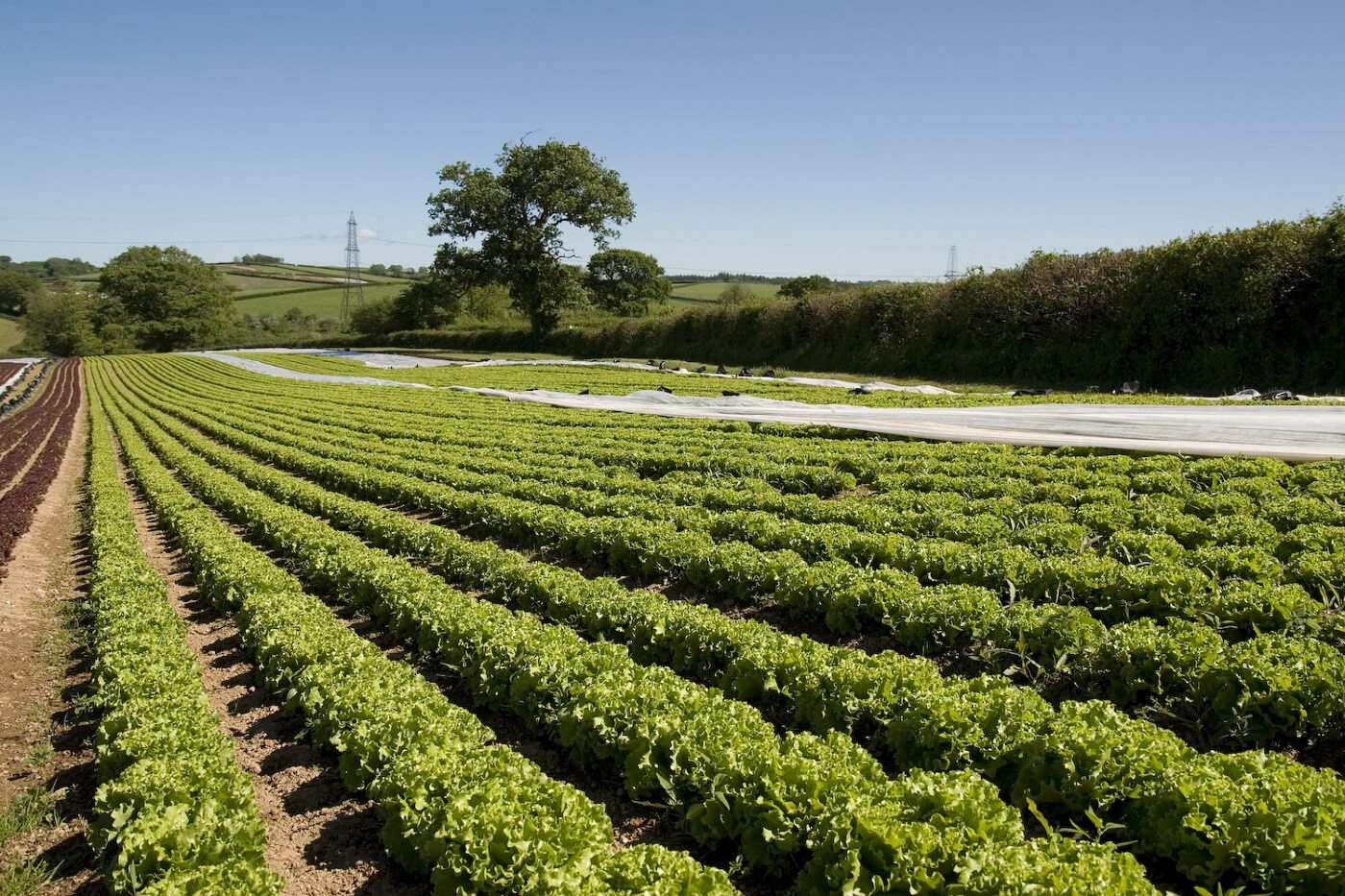 Geetie, my wife, says I stink of artichokes. My fingers are bitter with their sap, and my shoulders ache from lugging the tea picker-style baskets down the rows. Sitting in the office, I itch to get back to them, jealous if anyone else even suggests doing the picking. Fortunately Geetie likes the smell – as does our new dog, Artichoke (Arty for short). Globe artichokes are probably our least profitable crop, but this has done nothing to dampen my enthusiasm. 25 years on from smuggling my first plants back from Brittany and planting them from a pram shared with Alice, my first born, I love the crop more than ever. While they are in season I will cook them several times a week, until even I tire of their earthy bitterness. I appreciate that many find them a ridiculously timeconsuming, expensive and wasteful form of foodie one-upmanship, so they will seldom, if ever, be in the boxes. Instead they will be available to buy as ‘extras’; the large ones for boiling, and the baby ones for stews, frying, BBQs or roasting.

I might be mad about artichokes, but perhaps more significantly for everyone else, we have also started harvesting new potatoes, cucumbers, lettuces, spinach, salad onions, basil and various salad leaves, with cabbage and carrots just a few days away. After the spring deluge, we have now had less than an inch of rain in six weeks; beyond the reach of irrigation, it is getting dry. Early potatoes are struggling, and overly dry soil creates the danger of bruising at harvest – but most other crops are doing well, and catching up a little after a late, wet spring. Overall we’re happy, if a little anxious about those spuds.

Meanwhile, my youngest, Donald, and his mates are earning for their summer revelries by picking samphire from a local tidal salt marsh. After a few failed attempts to mechanise the painstaking task, they have returned to scissors and garden shears; on a good day, they manage just 15kg each in the six to eight hours between tides when the beds are accessible. Given the small quantities,
samphire will probably be an ‘extra’ only too. Wild marsh samphire (not to be confused with the cultivated stuff that is airfreighted in year round) is only around for about six weeks before the stems become woody. Grab it while you can – samphire’s tangy saltiness is delicious with scrambled eggs and fish.